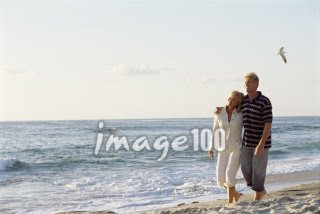 I think we are all always looking for a new turn on... a new fix...a new something that arouses us the way we haven't before!  When you are married for 15 years in a ho-hum life and all of a sudden have found the answers to prayers.... it's all a turn on!  A lot of times you see, hear or smell something that is totally non sexual and it turn you on beyond any reason!!

Yesterday a friend emailed me and asked if I had a certain movie in our collection of DVD so I got the case out and browsed.  After seeing that I didn't have it, I set it on the floor beside me to put away later.  S looked up from his work and said "put it away..now"... to most that seems a mundane sentence and it might not mean anything more than face value... but to me it spoke volumes!!!

First, I'm not one that leaves things laying around, so he wasn't concerned that I was cluttering up the house.

Second, he doesn't concern himself with how the house looks so why would he start with this pack of movies?

He was flexing his HOH muscle... at least that is how I took it.  It's quite a turn on for me... coming from a man who, in the past, has not been the guy even remotely attached to domestic stuff... that would be me included.

He was guiding me... he was seeing just how serious I was about 24/7 D/d... I am very serious, so I smiled at him, a knowing smile.... he kinda raised his eyebrow as if it say "Well?.."  I got up.. put the case away, not a word was said.  I had warm little butterflies... and I honestly think that was a very important point where I could have built or broke his confidence.  I try to make sure that I ask him his permission/opinion on issues that I think he might want to be included in.  He doesn't micromanage me and my time.  If he happens to be there when something comes up, I'll ask his opinion... I never did before.  I never asked because he always answered "I don't care"... so I quit asking.  So much has changed for us since we started ttwd... both in and out of the bedroom!

I have come to realize that I really don't like spankings, not the punishment ones anyway.  I will submit to them, but won't be doing anything to ask for one on purpose anyway.  I have always done a decent job of keeping the house livable... not perfect, but I find myself trying to do a better job.  This is one of the reasons that I needed ttwd... to be accountable...

I do so love him... and I'm so glad he's stepping up and being the man that I so crave so that I can be the woman that he so needs.

It's a process... sometimes not a very fast process... but I think we're going in the right direction! :o)
Posted by Mikki at 2:29 PM