He Gives Me Butterflies... 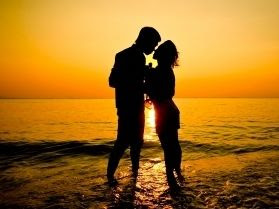 Sometimes the simplest things in life bring us pleasure.

We were headed home, he in his truck, me in my minivan, I was following him... it was a beautiful fall afternoon. The sun was shining... the birds were singing. The cool fall breeze was running through the van...it was so nice. The kids were asleep... the music was playing fairly loudly... life was very good.

Then it happened... I fell in lust all over again with my husband. I was watching him in his mirror... waiting for him to look at me so I could wave at him... and I just kept watching him...his strong jawline, his graying beard, his cool sunglasses that protect his milk chocolate eyes. What a hot man I fell in love with. Then it happened... he looked back at me, I waved, he waved back, I could have melted right then and there! I felt like a young high school girl who just found feelings down that way that she has never felt before! Oh the things I'd like to do to the man driving that truck.

I know that I always sound like I'm a constant advertisement for ttwd... I just can't tell you how different our marriage is since we have decided that S is the boss and I answer to him. Since he calls the shots and I make sure that it gets done. He is the King and I am his Queen.. and I'm very proud of the choice we have made.

Yeah, sometimes I feel the need to argue... it wouldn't do any good. He would just show me who the boss is. I'll tell you what though, now that we are doing ttwd... when he kisses me... the lips on my face are not the only part of me that gets moist.
Posted by Mikki at 9:34 PM